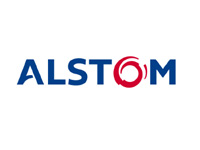 Alstom has spent about 30 million euro to build the facility on a 52 acre site in Sri City SEZ. First few metro cars for Chennai Metro would be sourced from its transport hub at Lapa in Brazil. First train set is expected to roll out of the factory in January 2014. The rail cars will be produced with an indigenisation level of around 35%. The unit presently employs 100 people and Alstom plans to double that number very soon.